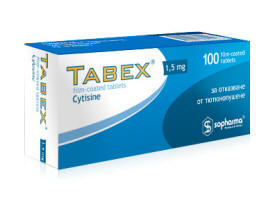 The mice and the rats were divided in groups of six animals and the dogs in groups of 2 animals for each dose used. The behavior of the animals and the lethality were observed daily for 7 days after the drug was applied. All the results obtained were statistically processed according to Litchfield-Wilcoxon’s method. During the experiments the animals received standard food and water ad libitum (Angelova, O.).

During the observation the following toxic symptoms were found: accelerated respiration, clonic and toxic convulsions, motility disturbances in the hind legs, lower muscle tonus. The absorption index in rats was 4.2. In dogs, injected subcutaneously with 4 mg/kg, the changes occurred one hour after the treatment. The animals began vomiting, colonic and tonic convulsions of body and limbs muscles appeared. The movement was slow and phlegmatic. When stimulated by force, they became aggressive. On the following day the animals restored their normal behavior. No lethality was noted. After oral administration of doses of 15-25 mg/kg, the dogs showed no external symptoms of toxicity.

The results of the acute toxicity studies showed that Cytisine was much less toxic than intravenously applied nicotine, but it was more toxic after intraperitoneal and oral administration.

Table 2 Comparison between acute toxicity of Cytisine and nicotine

The chronic toxicity was studied on Wistar rats and on dogs treated orally with aqueous solution for the rats and substance in the feed – for dogs, at the following terms and doses:

The control groups of animals were treated with equivalent amounts of water. All the animals received standard feed and water ad libitum. The behavior and lethality of the animals were observed daily. The following clinical-laboratory and pathoanatomical examinations were carried out:

The data obtained were statistically processed according to Student-Fisher’s method.

The following enzyme indices were examined: transaminases – SGOT and SGPT, and alkaline phosphatase in chronic experiment on white Wistar rats and dogs treated orally with the following doses and terms:

A statistically significant increase of SGOT was found in the group treated with 1.35 mg/kg for 90 days. The SGOT level was twice higher than that of the control group. The results obtained showed hyperenzynemia of SGOT and coincided with the data of Veress and Rengei about the influence of nicotine on the level of this enzyme.